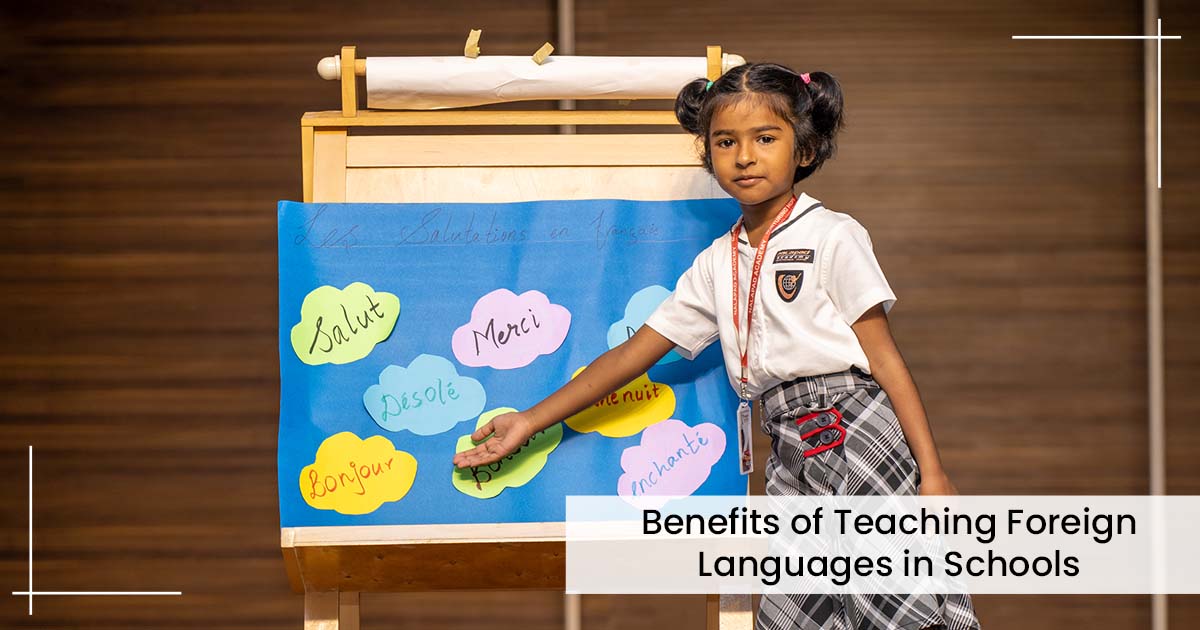 At Nalapad Academy, second language is taught in a fun way through various learning engagements to enhance LSRW skills. (Learning, Speaking, Reading and Writing). As of now, we offer Hindi and French as second languages. However, we look forward to introducing more languages in the coming years.

As you are all aware, over half a billion people worldwide speak Hindi. Hindi is the most common language spoken across India and also the world. It is based on Sanskrit which shares common ancestry with many other languages around the world.

Facilitators at Nalapad Academy design the learning engagements like, arranging the letters to form correct spellings, rearranging the sentences with the right formation, JAM talk etc. This enables the students to learn vocabulary and sentence structures with ease while having fun.

Videos are also played during classes and questions are asked to know how well they are able to comprehend. This also helps the students to learn the pronunciation. French songs are also taught to them which helps them to participate in literary fests. As per our School’s vision, we also organise Language Acquisition Assemblies to celebrate the importance of learning languages to be global learners.

Top 5 reasons for the integration of apple learning centres